This afternoon I'll fly out of Heathrow for Helsinki where I will transit for several hours before my flight to Hong Kong. The news there at present suggests my short stay may be more interesting than the rest stop it was intended to be when I booked my travel.
Posted by Victor at 16:30 2 comments:

This morning I took the tube to Stratford to have a look at what remains of the venue for the 2012 London Olympic Games.

The first thing I encountered on arrival at Stratford was a taste of home;

The Lowy family were very shrewd in constructing one of their shopping centres in this location. As far as I can tell you don't have to walk through the centre to get to the Olympic venue but it seems the most obvious route once you have arrived by train, tube or light rail all of which unload right at the centre's entrance.

You can gauge just how close Westfield is to Queen Elizabeth Olympic Park from this photo I took from the Level 1 Food Court of the Westfield centre. 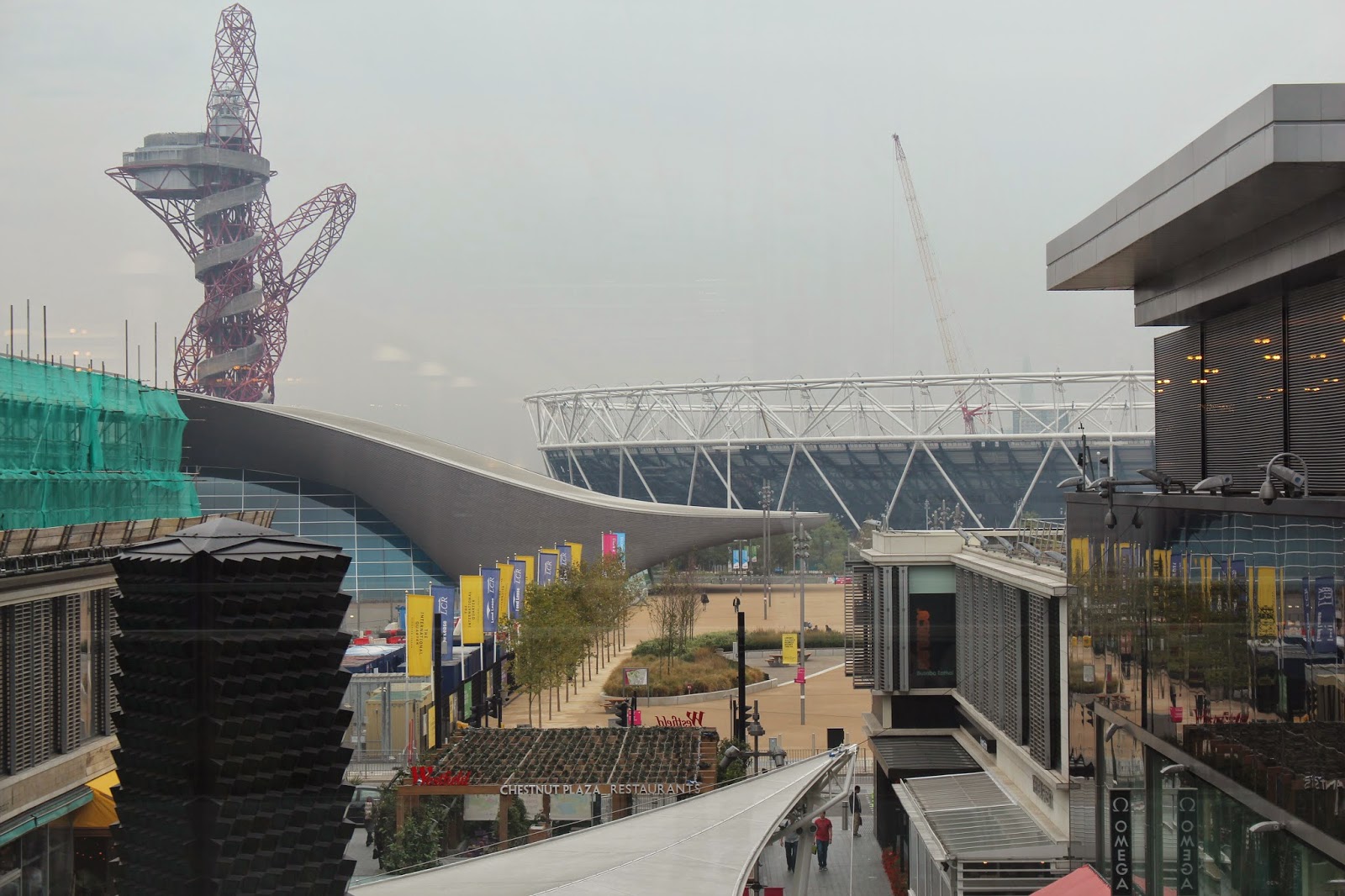 It was a foggy, cool morning and not a lot of the Olympic venue seemed available for touring but here are some snaps of what I did see.

The stadium itself is being reconstructed, I believe in preparation for its new role as home ground for West Ham United Football Club.

Having come up the Orbit by elevator I walked the 400 or so stairs down from the lower (70m) viewing room;

Today we visited the Victoria and Albert Museum. The main attraction for us was a photographic exhibition of the work of Horst P Horst mainly known for his fashion photographs for Vogue but as the exhibition reveals his range of work was much broader. Photos were not permitted in that exhibition, so the photos that follow are from other exhibitions we strolled through later.

In the theatre section;

Another exhibition was 'Disobedient Objects' essentially a miscellany of items associated with protest movements;

God save the King

I ventured out without my camera. Our main activity was to see a new play, highly regarded, entitled 'King Charles III' which is an account of what might happen when Charles, Prince of Wales ascends the throne on the death of his mother, Queen Elizabeth. It is mostly a drama but there is a fair amount of irony and political humour. The play is beautifully written and acted by an ensemble who in part resemble their characters and/or resemble their body language. If the play proves to be prescient then I suggest beware William and Cate who in this instance are far from empty headed celebrities. Well worth a viewing.
★★★★

Earlier in the day we spent some time at St Martin in the Fields which has a very atmospheric subterranean cafe and made a second visit to the National Gallery.

Trafalgar Square was in a spectacularly different mode from only two days ago with a Japanese sponsored food day and entertainment display.
Posted by Victor at 04:00 No comments:

Today's touring was of Wimbledon; or should I say the All England Lawn Tennis and Croquet Club. That's the sort of club it is. Traditional, rule bound and very historic. Well, mostly historic, there are some nods to the 21st Century.

Nobody, not even the Club's 500 or so members, can play these courts which apparently are used only during the two weeks of the Championships. No walking on the grass, not even the grass in the public areas. No photos of anyone wearing white tennis clothes; they may be members whose privacy must be protected. Despite the rules, the guided tour and the associated museum were very interesting and worth the trip to south-west London if you are so inclined.

I did come away with a photo of the current Champion at the post match interview centre;

Following that tour - and a fish and chips lunch in Wimbledon's cafe - I travelled four stops back up the district line to Fulham Broadway which was my local station when I lived in London 1974/75.


The National Gallery lines one end of the Square;


The National Portrait Gallery is next door.

Much of the work there cannot be photographed but of the remainder I liked this best. It seemed like a photograph but is acrylic on linen;


Back in the square I was struck by this gift from France, or was it Germany?

Not far from the Square is;


Nearby, the famous actress Sarah Bernhardt laid the foundation for a building; 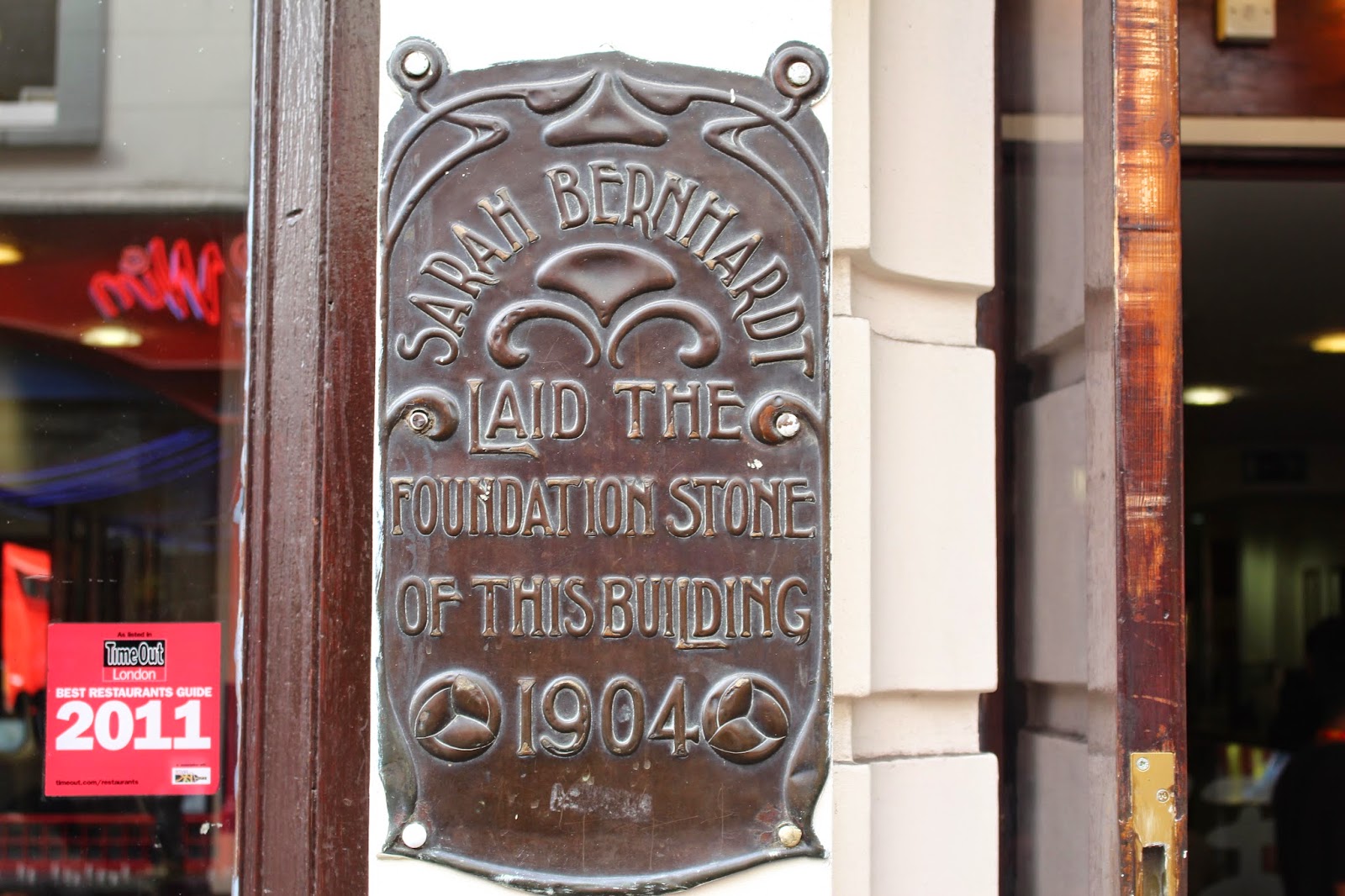 and that building is now....

Then I went on to the Prince Edward Theatre to see 'Miss Saigon'.

As is the fashion for contemporary musicals, this steal of the Madam Butterfly plot reset against the Vietnam War relies on a series of big moments, big scenes and some technical stage wizardry. It is not a great musical but after a slow start I really enjoyed the performance. So did the huge matinee audience.
★★★★

The renovated Prince Edward Theatre is a piece of art in itself. Here it is at intermission; 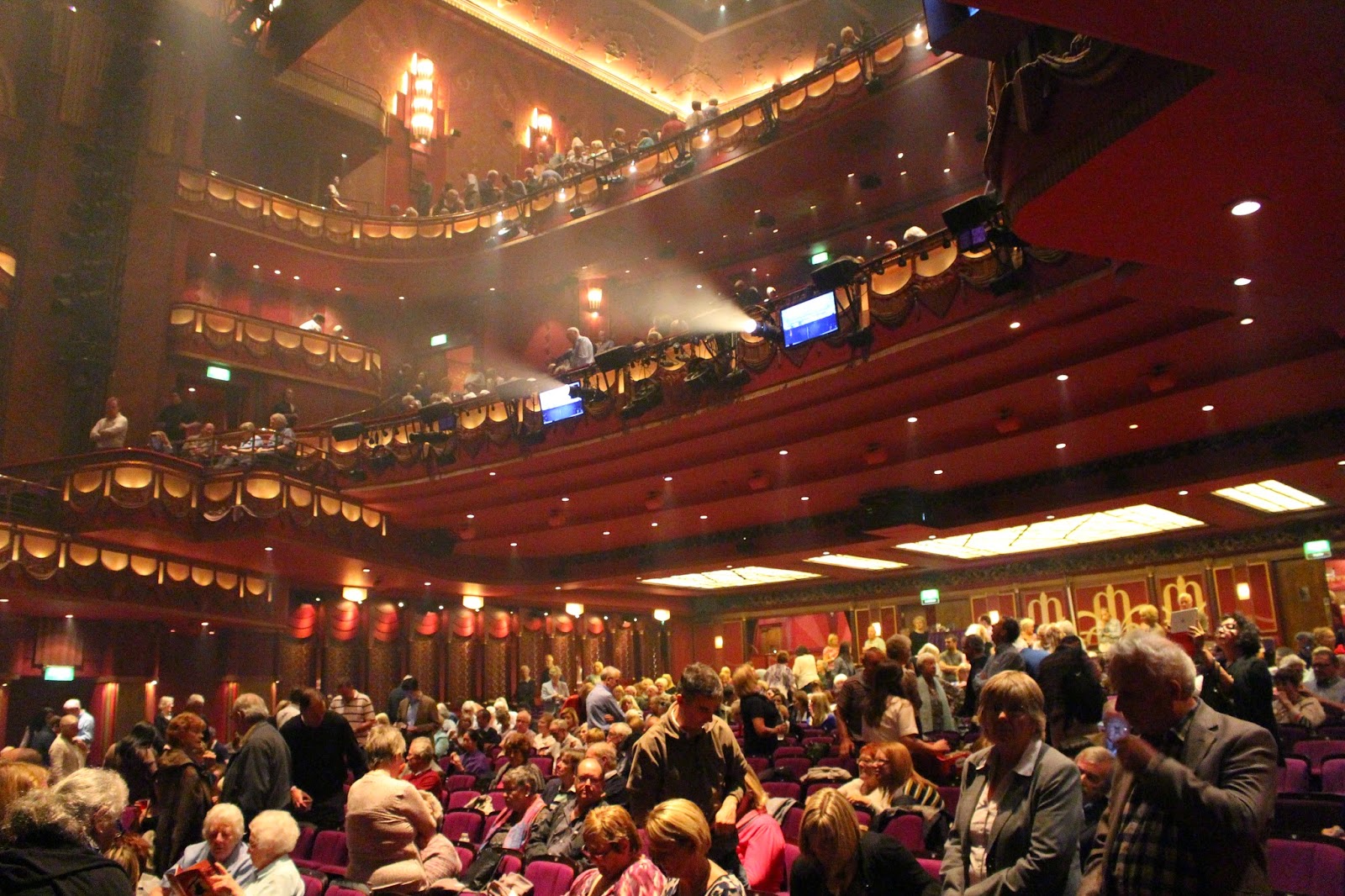 I went to see 'Dirty Rotten Scoundrels' at the Savoy Theatre on The Strand. The musical is based on the film of the same name and the stage musical's success in London seems to relate to the perceived charms of Robert Lindsay. He is a skilled and experienced performer but I found him to be a bit creepy at times.

Two con men on the Riviera take a bet on which of them can extract money from a visiting heiress. It is light, faintly old fashioned mostly forgettable. A couple of the support performers were the pick of the cast and I guessed the final twist long before it was revealed.
★★1/2
Posted by Victor at 04:00 2 comments:

A trip up the Thames to Greenwich. 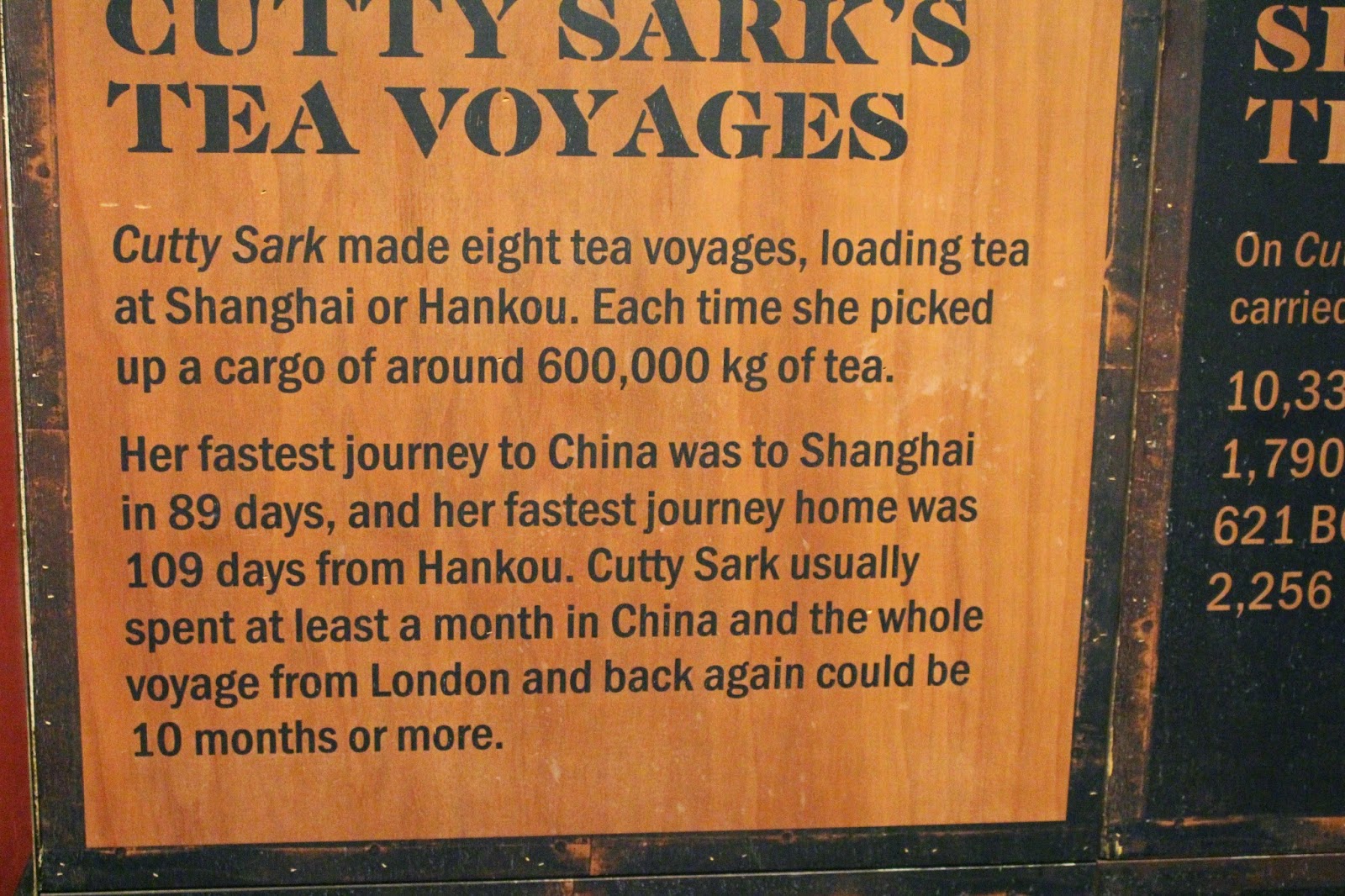 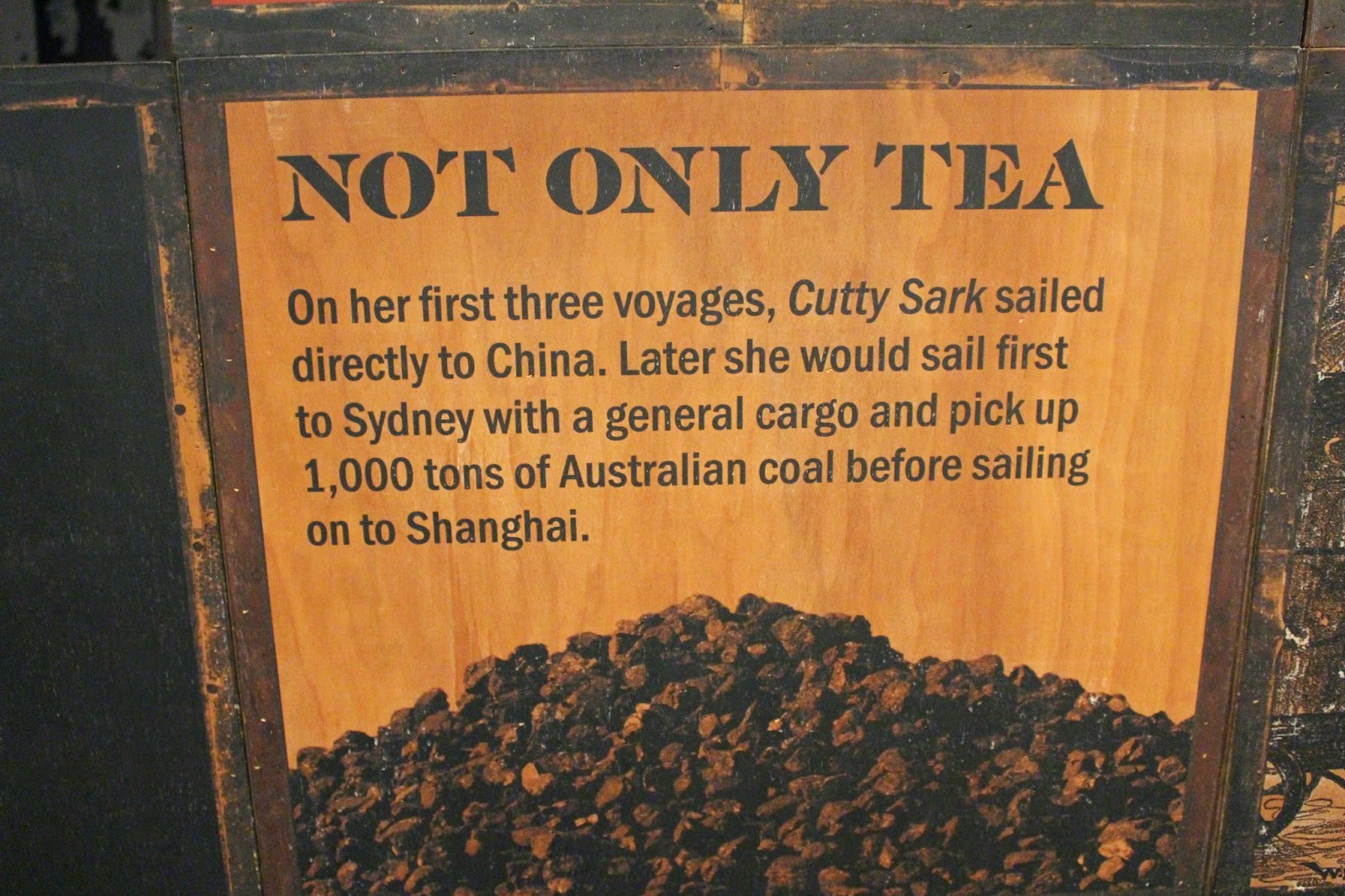 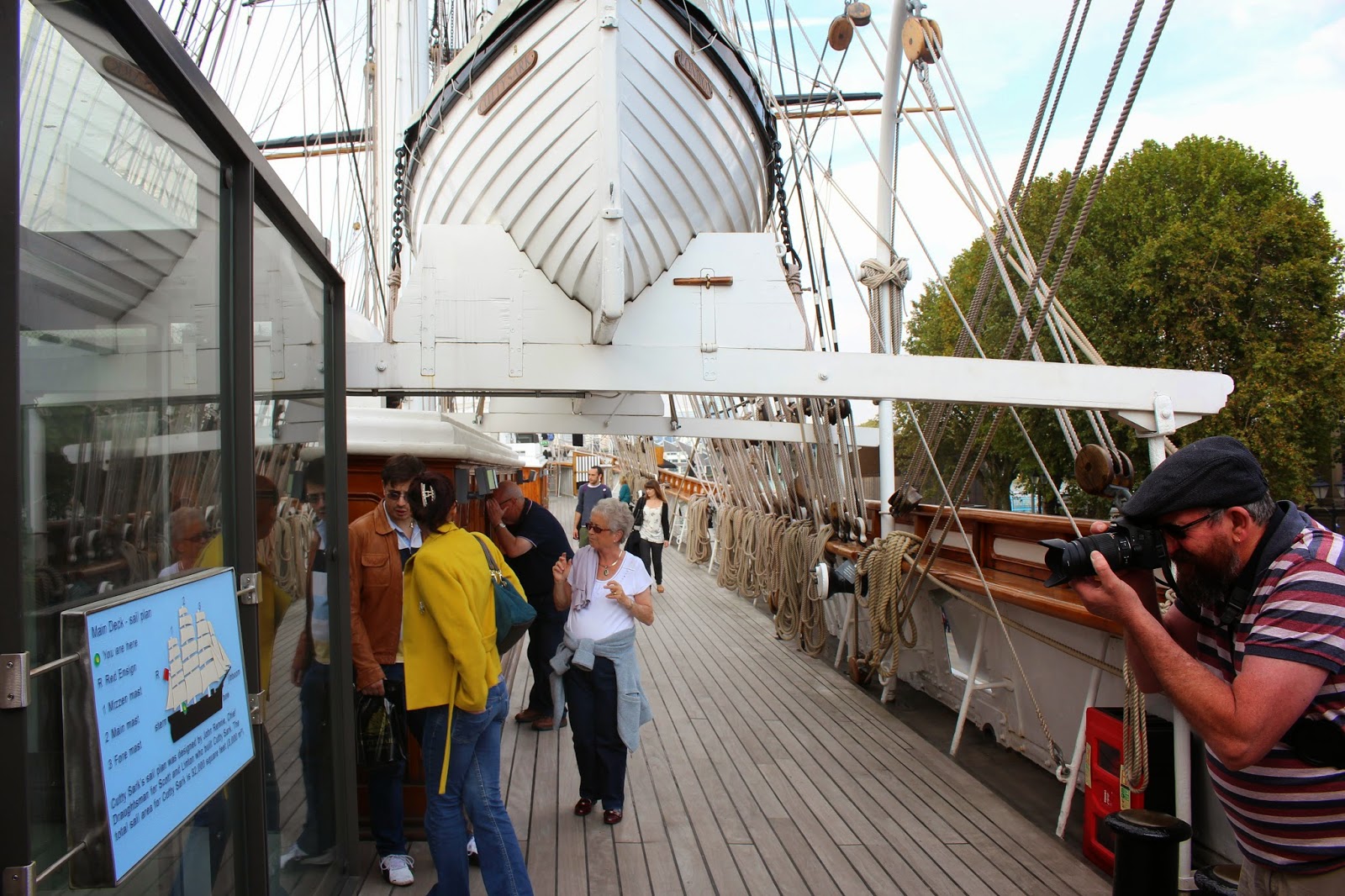 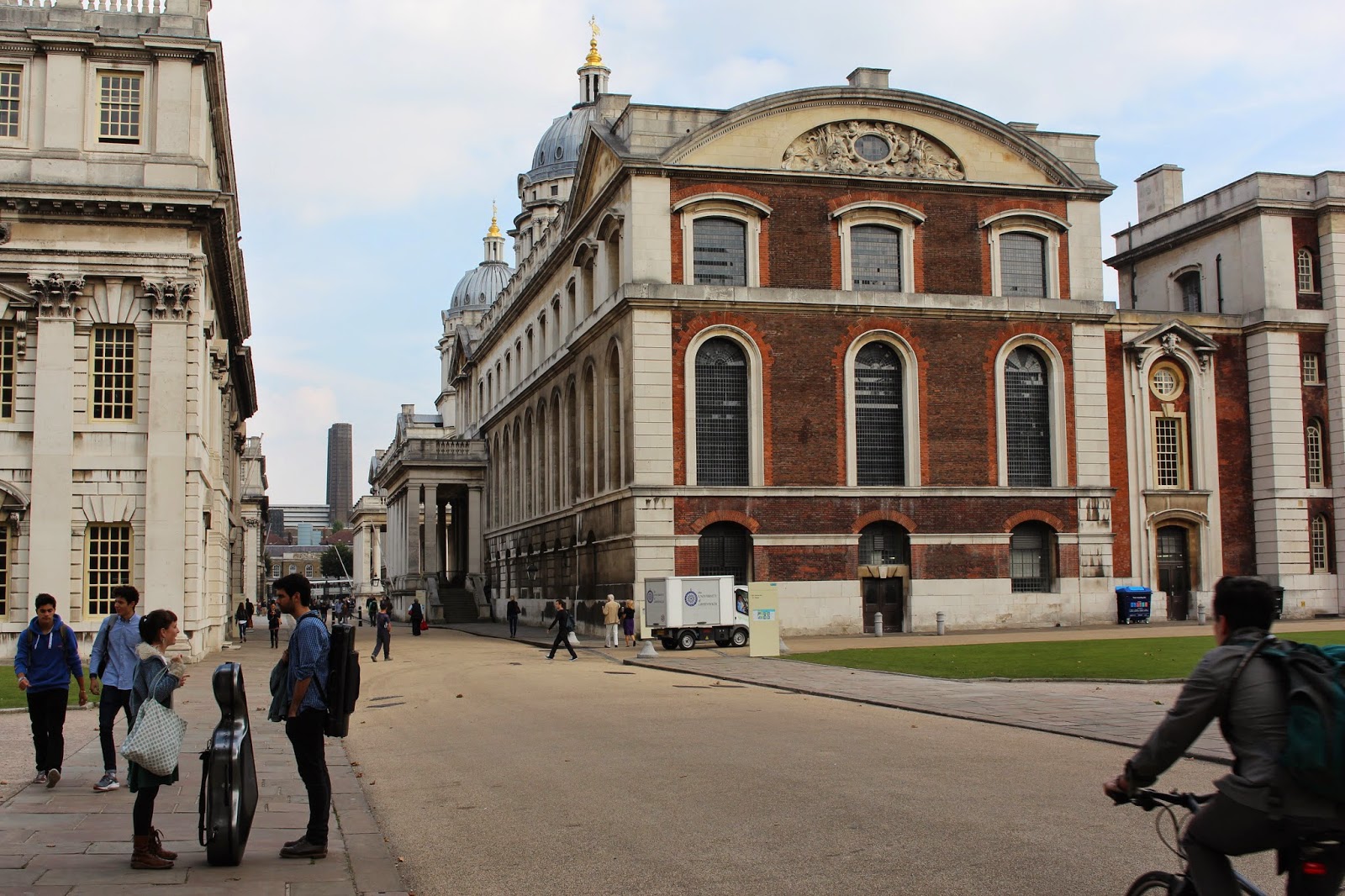 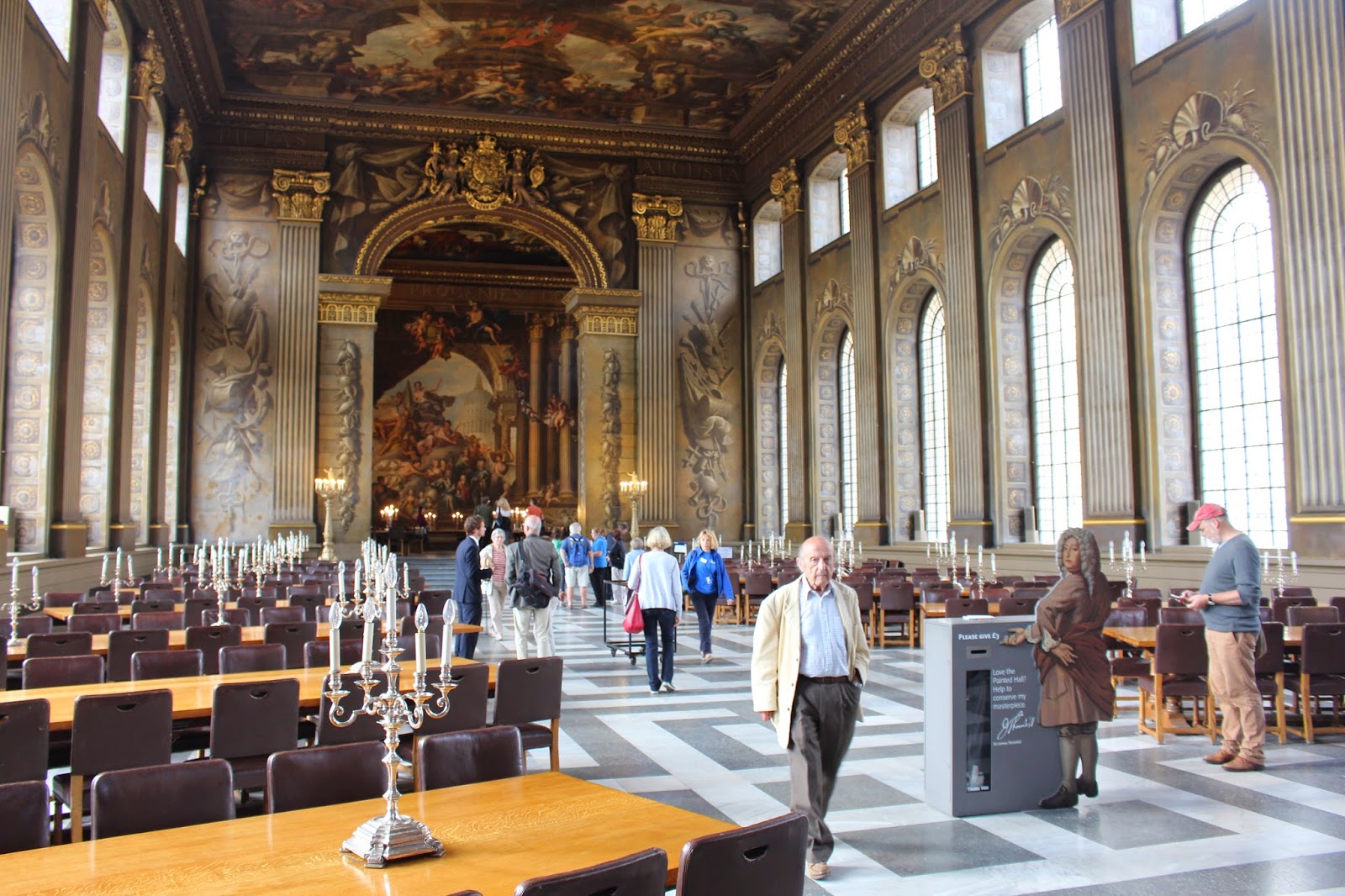 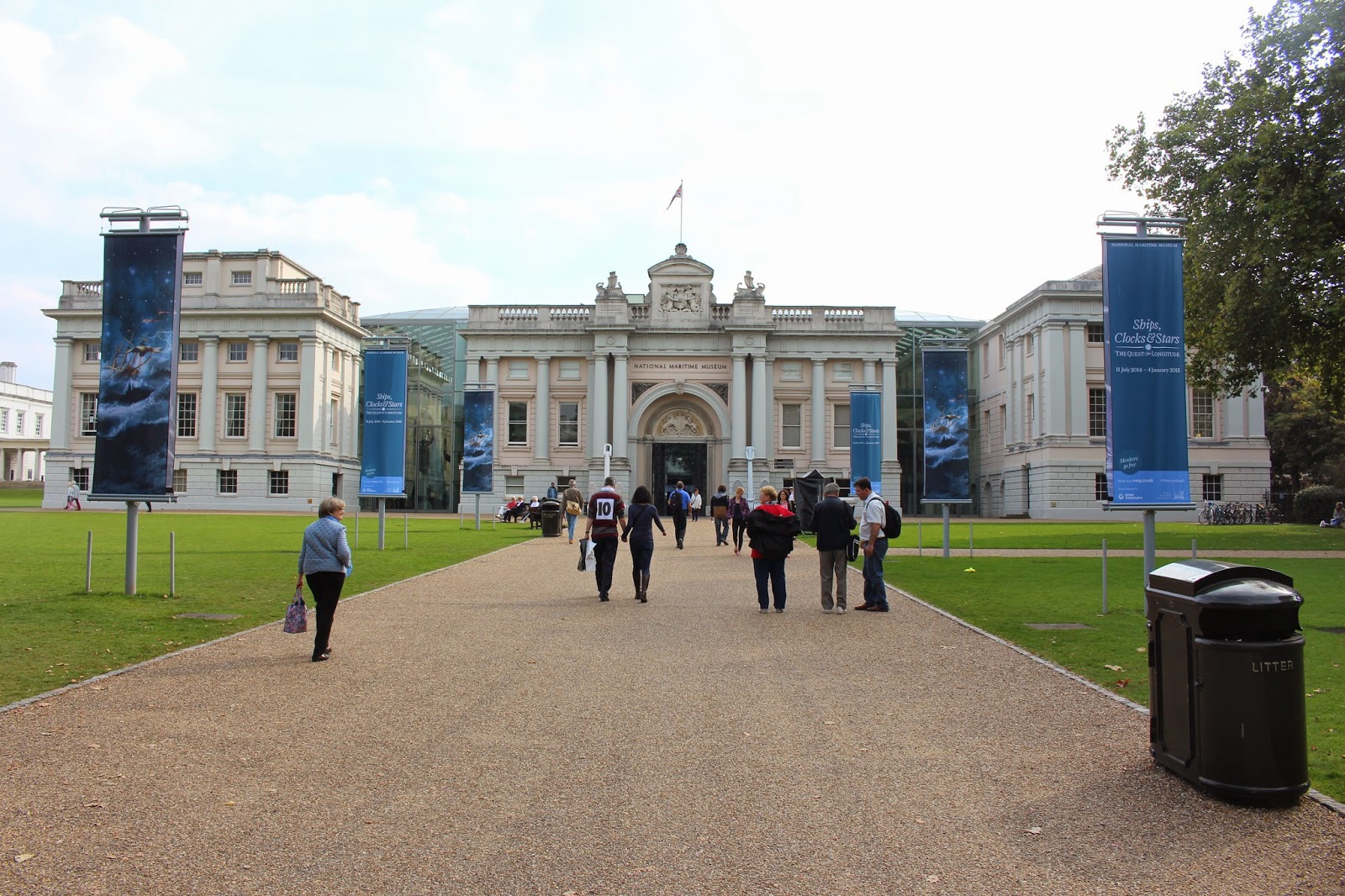 Views of London from the nearby Royal Observatory; 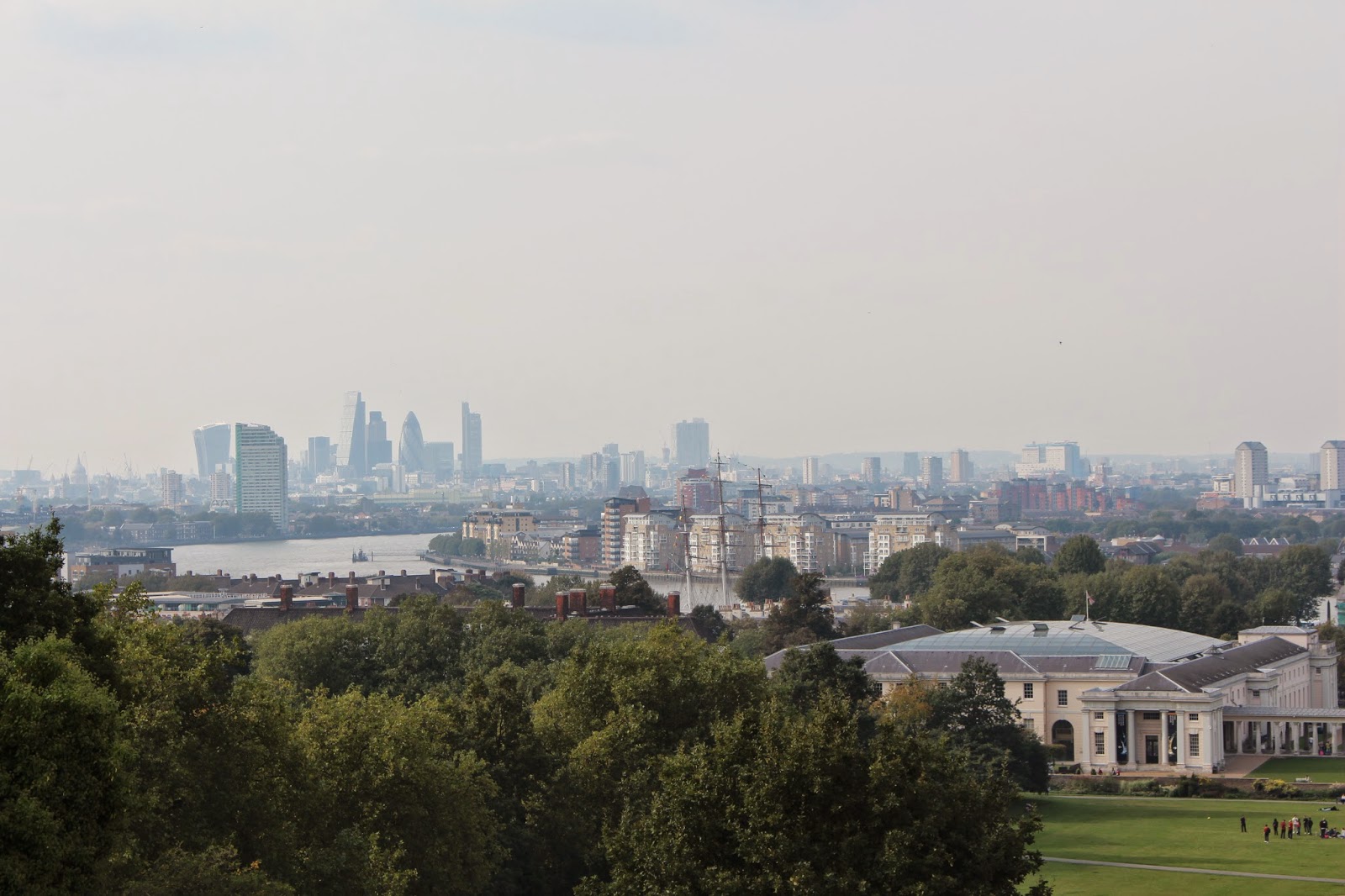 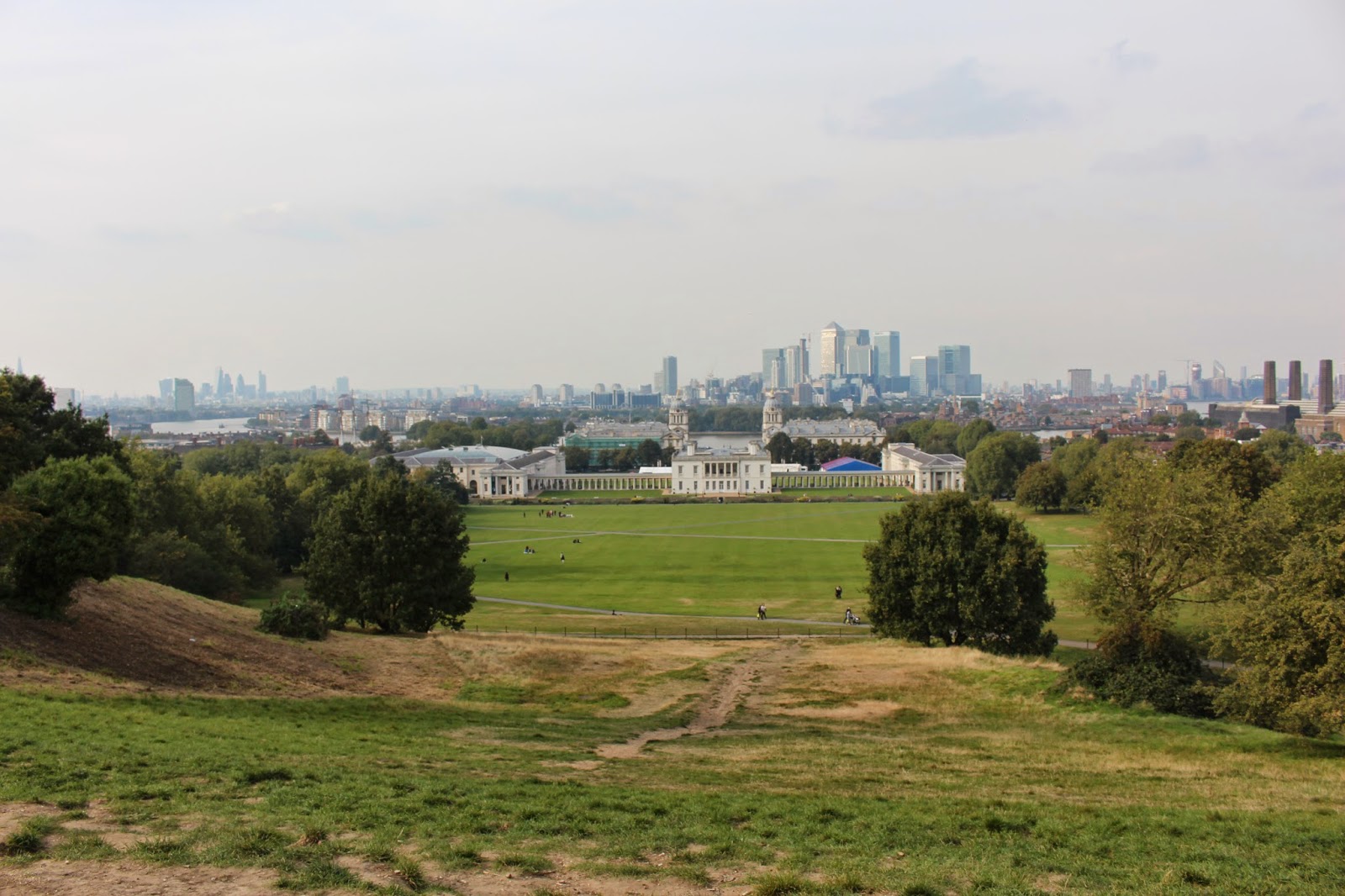 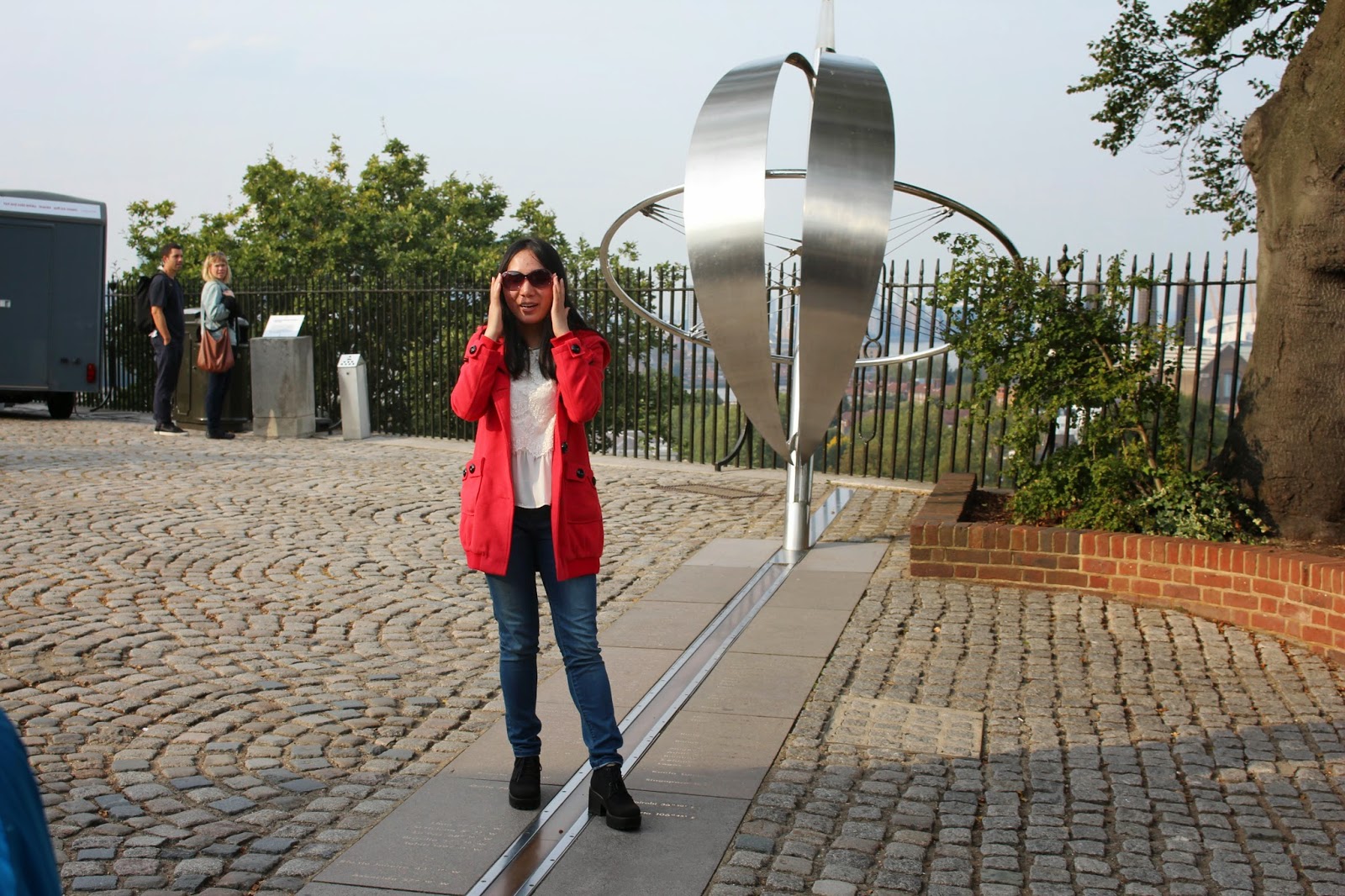 Walking back through Greenwich Park to catch the train for London; 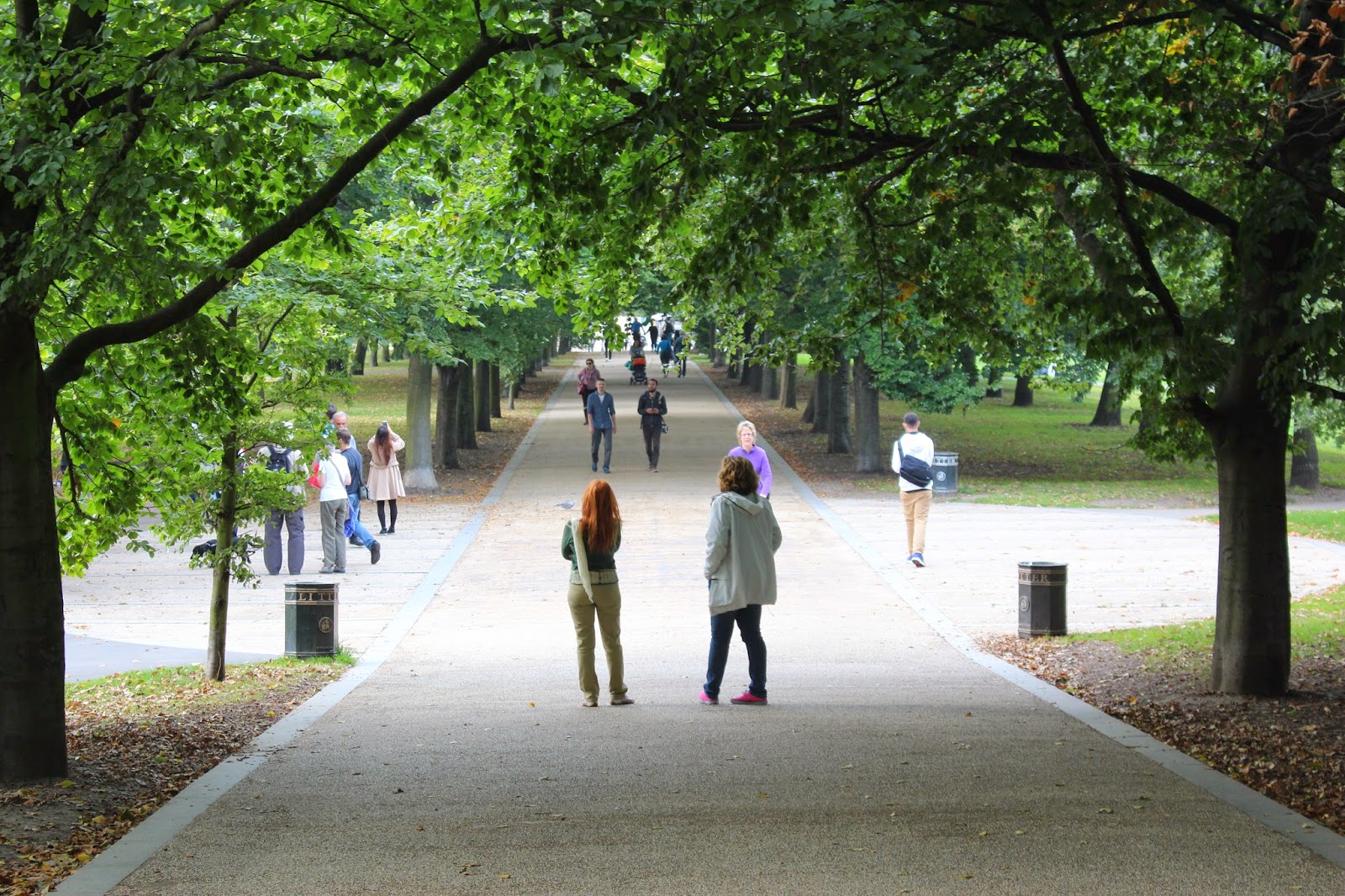 South bank and the Tower

Today was another long walking day, hour after hour along the south bank of the Thames then across to the Tower and finally the Tube home.

Email ThisBlogThis!Share to TwitterShare to FacebookShare to Pinterest
Labels: memories, NY/London 2014, travel
Newer Posts Older Posts Home
Subscribe to: Posts (Atom)
This blog may contain material not suitable for people under the age of 18. If you are under that age, please do not read further and come back when you are 18.