Whilst in Alaska earlier in the month we sailed into Glacier Bay. The MS Volendam silently and slowly made its way amongst small icebergs to get as close to several glaciers as safely possible.

On his tour of Canada Andrew mentions British Colombia's grand Parliament building but evidently he didn't get to see it lit up at night.

We visited Victoria, Vancouver Island a few days after Andrew and our hotel was adjacent to the Parliament grounds. Here is a photo I took of the building at night. 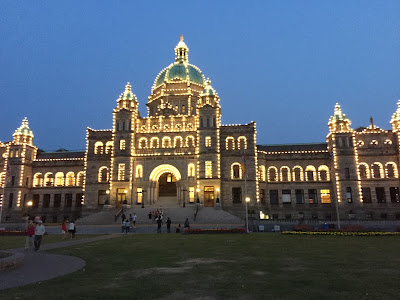 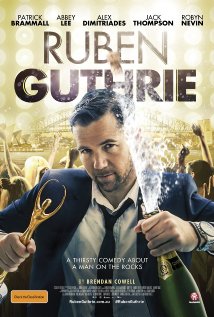 An award winning advertising executive tries to win back his fiancee who has separated from him because of his alcoholism.

'Ruben Guthrie' is rather heavy going. A host of characters most with very little back story to engage your sympathies are also rather unpleasant to boot. The poster refers to this movie as a comedy but there are few laughs to be had and viewing Guthrie's battling efforts to mend his ways feels like a very long slog.

Rather ironically for a plot about an advertising executive, the film is littered with (not so) subtle images and references to sponsors' product.

Just a day after seeing 'Detroit' and this time another play, or rather performance piece, without a plot; 'Love and Information'.

The scenes are short lasting from only a handful of seconds through to the longest of several minutes. There is no common theme linking the scenes, no plot and some scenes have minimal dialogue. A cast of eight perform the roles, hundreds of them, all characters unnamed.

It is an innovative idea and proved far more interesting to view and listen to than I imagined from pre-reading the program notes.

This cast is to be congratulated for its expert handling of the roles, the swift scene changes and for instantly establishing numerous mood and emotional senses scene by scene.
★★★1/2
Posted by Victor at 23:00 No comments:


Two couples, neighbours, socialise over barbecues. One couple are down at heels recovering addicts and the other are struggling with the husband having been retrenched.

This play of self discovery has virtually no plot and so seems aimless for most of its length. The four actors portraying the couple do a sterling job in the circumstances.

An update of the Lincoln Place development next door.

Email ThisBlogThis!Share to TwitterShare to FacebookShare to Pinterest
Labels: home

Views of Banff from Sulphur Mountain; 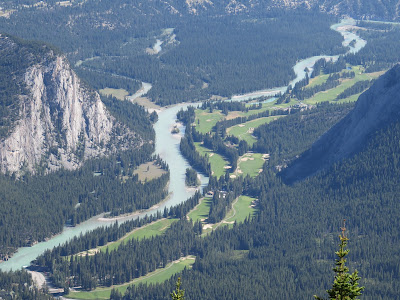 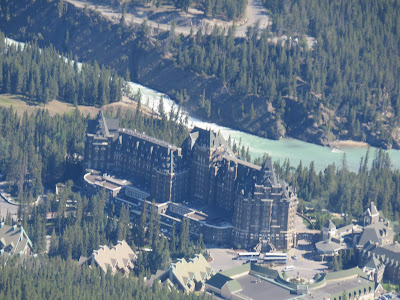 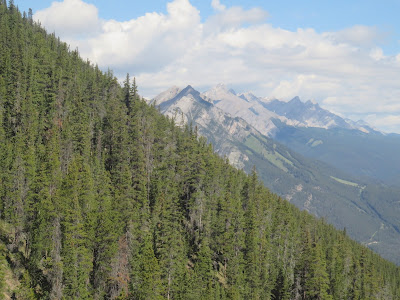 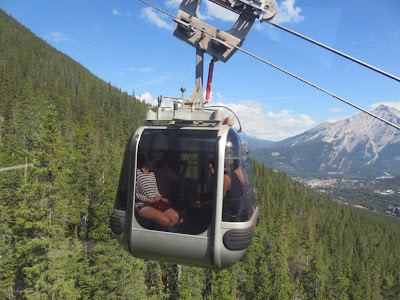 Some snaps in and around the Fairmont Banff Resort Springs Hotel. 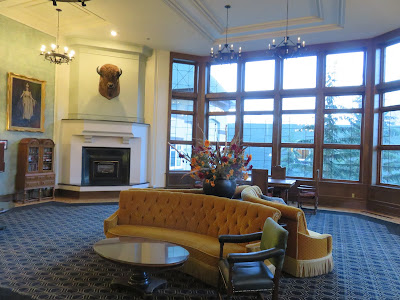 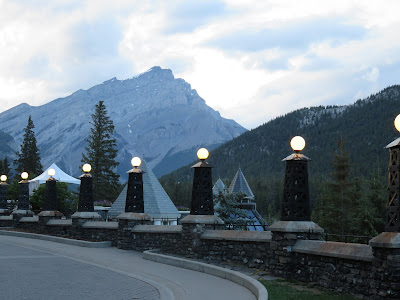 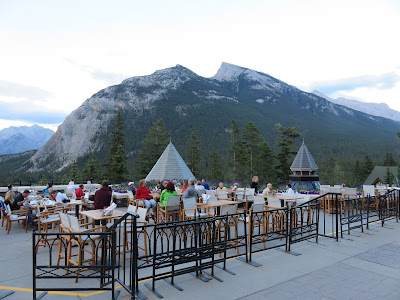 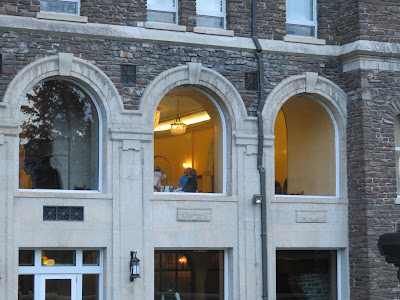 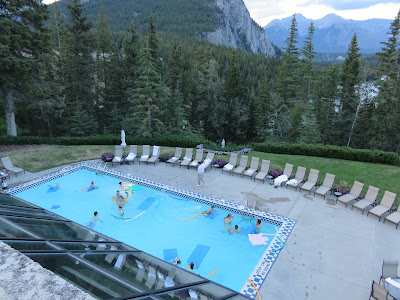 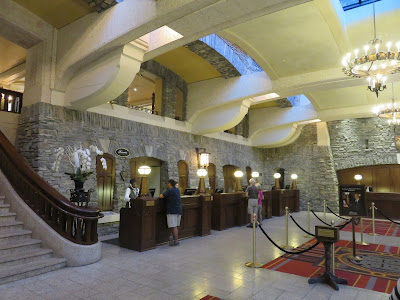 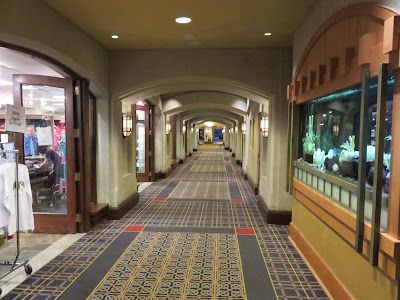 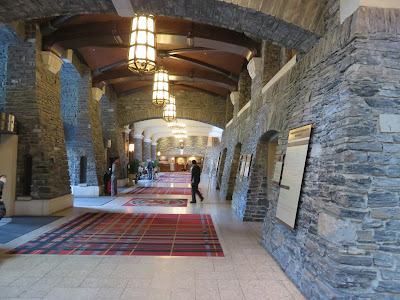 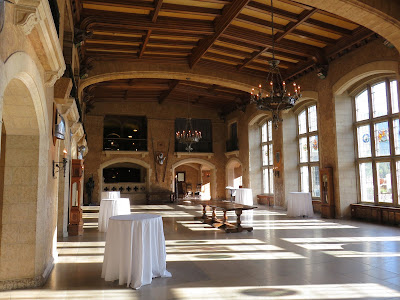 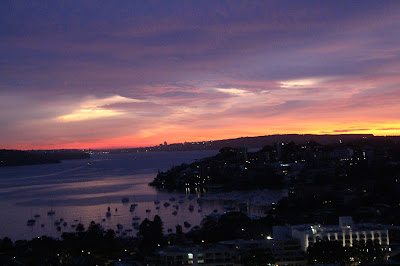 Sunset on a holiday

Home...but not so smart

We've arrived home after the 15 hours flight from Vancouver.

Despite departing Vancouver twenty-five minutes late we landed in Sydney about twenty minutes ahead of the scheduled time. Presumably the traditional head winds had a lesser effect on our flight. The early landing was completely undone by two delays once at the gate.

First we had to wait for the plane to be sprayed internally to eradicate those nasty bugs trying to infiltrate Australia.

Then having disembarked I made the mistake of trying to use the 'Smart Gate' Immigration clearance for the holders of those high tech microchip enhanced passports.

The first two 'smart' gates I approached broke down just at the sight of me. A harried Customs Officer referred me to a third gate which worked until the moment it informed me it could not match me with my passport photo. This 'smart' gate referred me to the 'Assistance Desk'. My traveling companion, Hn, on the other hand was recognised by another of these 'smart' gates and quickly was waved on to the baggage carousel.

The benignly named 'Assistance Desk' was just one lane amongst many overcrowded lanes at the Immigration Clearance line. Being Saturday morning there were huge lines of passengers queued for clearance.

Our 'Assistance Desk' lane had its own ever growing queue of very disgruntled passengers each rueing that they had tried the 'smart' gates. I was queued for over thirty minutes before 'Assistance Desk' cleared me for entry. Hn, in the meantime was waiting with both our bags.

By the way, a young girl in one of the presumably 'non smart' queues for passengers unfortunate enough not to be in possession of a high tech passport fainted in the crush of the queues of which she was a member.

Last year I grumbled about slow Immigration clearance at Los Angeles and London Heathrow Airports. Sadly, my home city's performance this morning was just as unwelcoming.
Posted by Victor at 10:53 7 comments:

Yesterday was a day at sea headed for Vancouver. We travelled through the Inside Passage which provided further evidence of Canada's scenic beauty. The weather was very pleasant with temperatures around 22ºc. 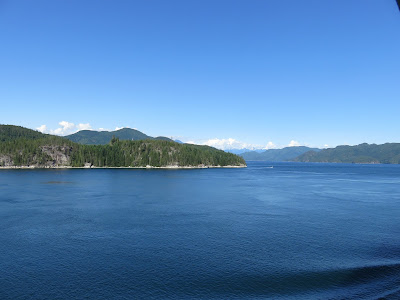 We've docked back in Vancouver. Disembarkment was well organised and pain free. Our hotel, the same one we checked into on arrival in Canada three weeks ago, is directly across the street from the wharf and wonders of wonders our rooms were ready for us even though it was only 9.15am.

We have the rest of the day and most of tomorrow at leisure in Vancouver before our flight home scheduled for 23.40hrs tomorrow.

A couple of photos from our last port in Alaska (Ketchikan) to tide you over for the time being.

The view back to the harbour from Cape Fox Lodge with our ship to the right and the Norwegian Jewel to the left. Three other cruise ships (out of photo) were also in port. 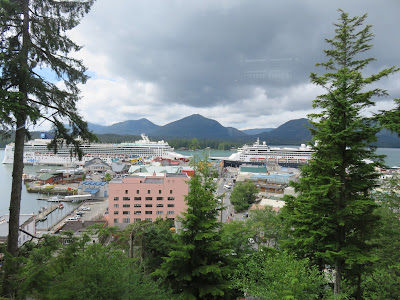 The Lido Deck pool with its roof partially open. 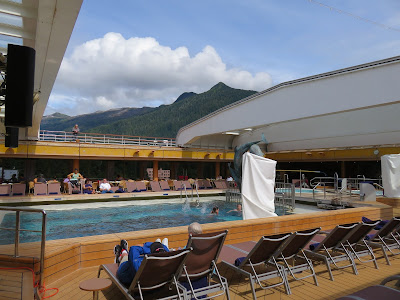 Yesterday we sailed to Glacier Bay and I will post some photos from that visit after I return home.

This morning we berthed in Ketchikan, our last port of call in Alaska and the 'salmon capital of the world'. Naturally, our first visit was to a fabled red light district where 'Dolly' ran a grand house and, of course, was a madam with a heart of gold.

Dolly's house bears the inscription it is 'where men and salmon swam up stream to spawn'.

We depart this evening and will be at sea all day tomorrow arriving in Vancouver on Wednesday morning. We fly home on Thursday night.
Posted by Victor at 09:27 No comments:

There's a bear out there

We berthed at Skagway early this morning and after breakfast joined a tour that had us backtracking overland into Canada again to the Yukon Territory for the day. I'll post photos of this trip later but for today I'll just post some photos of bear sightings during the day (all shot through bus windows and zoom, hence the fuzziness). In fact we saw a number of bears during the day in multiple sightings.

We are in Juneau, capital of the US state of Alaska, and everyone who is anyone is in the Red Dog Saloon Bar. Waitresses are wearing red corsets, there is sawdust on the floors and there are swinging doors at the entrance. The bar is full and the singer is in good form. 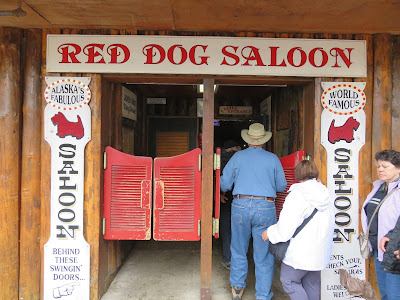 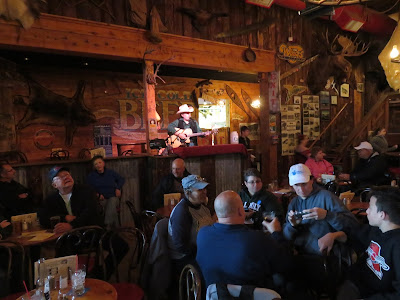 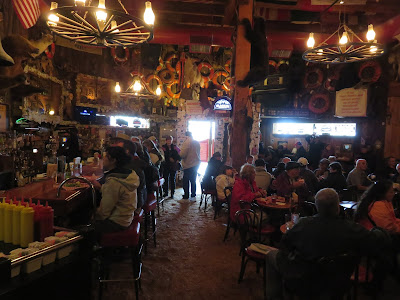 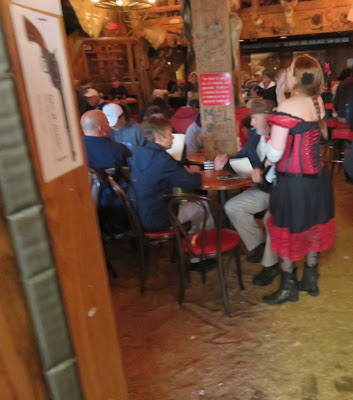 My friends know that I could kill a cactus. I have no ability to foster flowers, plants or maintain a garden. I can't tell an A from a Z (fill in names of any flower or plant of your pleasure). So a visit to a  garden display is not the first outing I would select.

The Butchart Gardens was on our tour itinerary and I went along without high expectations.

Wow! They are impressive. Even with my lack of interest in this art and hampered by a degree of colour blindness I was blown away the magnificence of the display.

Here is a small sample. (Don't ask me to name anything displayed.) 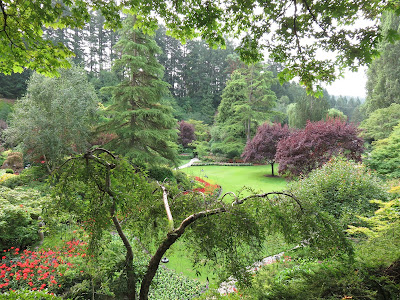 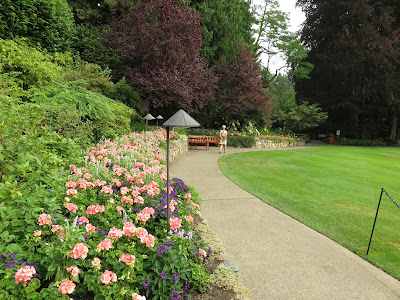 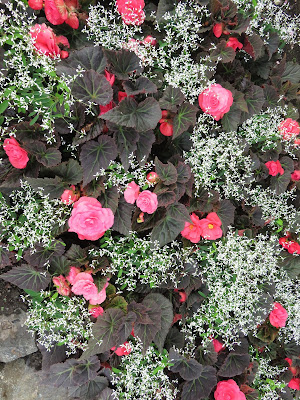 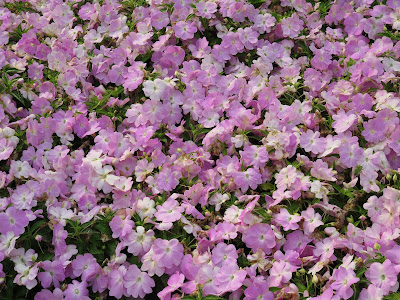 Smoke haze from distant forest fires which we first observed yesterday moved across Whistler and 'our' part of British Columbia overnight and today. The smell of burn in the air was noticeable in the corridors of our hotel and turned the atmosphere into a fog-like haze for most of travel from Whistler to Horseshoe Bay and our ferry journey to Vancouver Island for the drive to the Provincial capital, Victoria.

Two Saturdays ago I posted photos from Horseshoe Bay with dazzling views across the harbour to distant mountains and a clear blue sky.

The view in Horseshoe Bay today as our ferry departed for Vancouver Island was very different.


We arrived in Victoria mid afternoon and soon started exploring the harbour front to which our hotel is adjacent.

Email ThisBlogThis!Share to TwitterShare to FacebookShare to Pinterest
Labels: Canada/Alaska 2015, travel
Newer Posts Older Posts Home
Subscribe to: Posts (Atom)
This blog may contain material not suitable for people under the age of 18. If you are under that age, please do not read further and come back when you are 18.