I have flown to Cairns for the Easter weekend. Well, part of that weekend anyway. Departure from Sydney this morning where there was heavy cloud cover and a coolness (around 18º, I think). The plane took off to the south and continued in a southerly direction for quite sometime despite Cairns being to the north.

Eventually we made a 180º turn and headed north passing back over Sydney. The clouds parted briefly to reveal our flight path over the southern suburbs of Sydney. 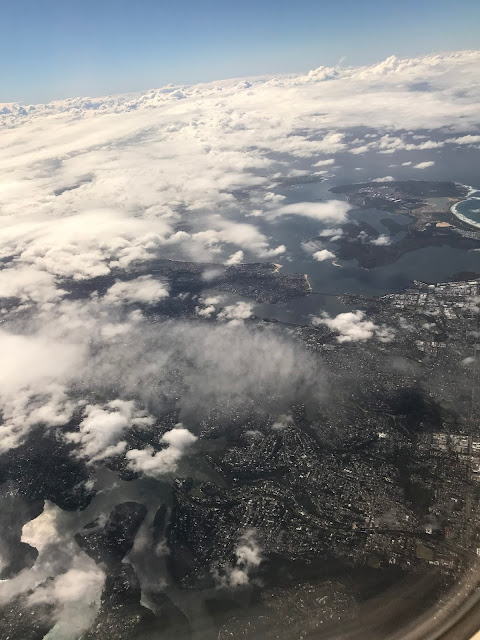 North of Sydney to south of Cairns we flew in total sunshine for two and a half hours only to fly back into heavy cloud as we neared our destination. In a mirror image of our departure we flew right over Cairns from south to the north, turning 180º and making our approach and landing towards the south.

As we neared our landing and peeked beneath clouds we flew over what I guessed - in complete ignorance - might be Palm Cove. See photo below. My trusty smart phone however placed the photograph at Trinity Beach. 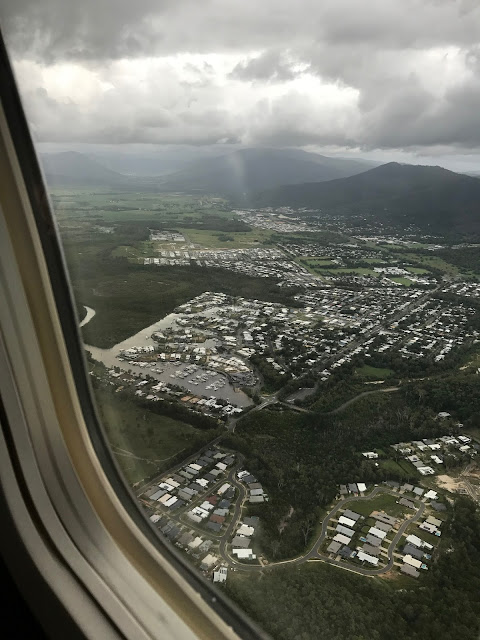 Having settled into my hotel I had a brief wander around town to get some bearings. I passed the following cafe which I simply have to record for posterity but more particularly for the information of James. Regular visitors to his blog will understand the reference. 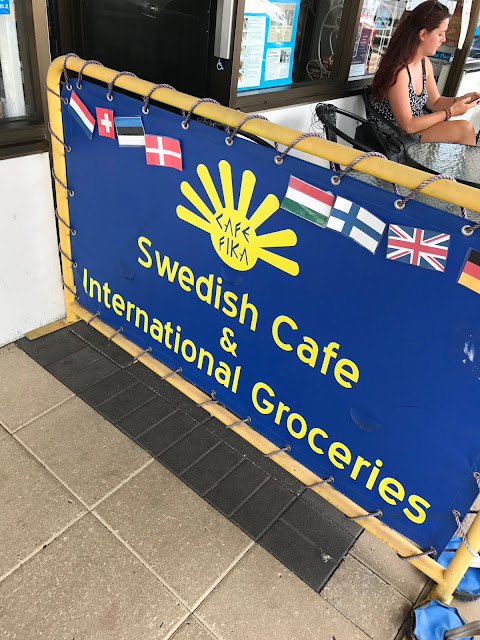 My intention is to regard my stay in Cairns as a recreation weekend rather than an action weekend. I may have nothing further to report from here. But you never know.
Posted by Victor at 16:35