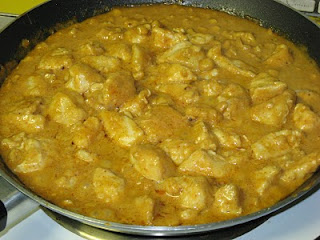 The staff cafeteria at the hospital has a cyclical menu. Something different...well almost different...every day. That seems like a good principle except for one thing. The cycle spans seven days. So, for example, Monday's menu is the same as last Monday's menu and will be the same again the following Monday. Ditto for Tuesday, Wednesday etc.

I work there on Mondays, Tuesdays and Fridays and would love to see the occasional change in menu options. Actually I have seen at least one change since I started there eight years ago. Chicken Schnitzel used to be on the Tuesday menu when I started and it was taken off the menu about two years later never to be seen by me again. Perhaps it was moved to one of my non-working days.

It seems churlish to complain when I can order a hot dish and two vegetables effectively for free; that is the cost of such a meal is less than the $8 refreshment voucher we are given for a day's volunteering. Yes, the staff cafeteria is that cheap. In fact the food is not too bad at times, especially the sandwiches which are compiled before your eyes with your selected ingredients and are a very generous meal indeed.

But I am a spoiled boy who likes a hot meal for lunch especially when I don't have to do the cooking, serving or washing up.

Friday's menu includes Chicken Curry. I rather like the dish and have tended to order it Friday after Friday. Familiarity has struck though and the dish no longer has the same impact on me as the first 150 or so times I ordered it. In fact never was the impact less than today. I watched the kitchen staff plate my dish. It was obvious there was plenty of potato, carrot and curry sauce on the huge mound of rice she was serving me but where was the chicken? Usually there are luscious pieces of white chicken evident but this serve looked suspiciously bereft of chicken whether it be white, black or brindle.

I probably should have asked the staff member to stir the pot and give me a more balanced portion but I meekly walked away with my apparently chickenless chicken curry. And so it proved, there was one tiny shred of chicken but that was it in a dish that otherwise provided a generous portion of food.

I rationalised the experience by imagining that I had ordered a vegetable curry. And as vegetable curries go it tasted a bit chickeny.
Posted by Victor at 22:38