Caution: this surgery may be injurious to your well-being 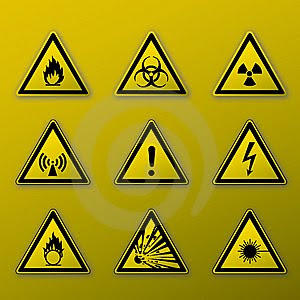 I visited the Skin and Cancer Foundation for a periodic skin cancer check and whilst waiting for my appointment was bemused by the various signs on display in the waiting room.

The signs were mostly presented as warnings rather than as requests or information notices so that for mine the general impression created was of a negative environment. I counted at least eight separate signs warning patients about:

Under the heading Waiting Room Etiquette - echoes of teacher correcting wayward student - were separate signs that patients should ask staff for the location of toilets and maintain control of their children.

I think that they could do with some expert advice on making their signage (and in consequence their waiting room) more welcoming.

The one warning I didn't get was that my check up would uncover a mole 'of concern' which may be a Basal Cell Carcinoma (not such a problem) or a melanoma (potentially more serious). The offending mole was removed and sent to pathology for testing.

I return in two weeks for the results and for removal of the sutures.
Posted by Victor at 14:15