We saw the Sydney Theatre Company's production of Tennessee Williams' A Streetcar Named Desire last night. Directed by Liv Ullmann and starring Cate Blanchett as Blanche Dubois it was one heck of a night. 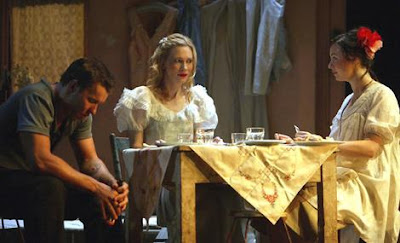 This is a superb production with excellent acting across the entire ensemble. I do not have the skill to put in words how wonderful is Blanchett's performance. Three and a quarter hours of extraordinary theatre.

The production will tour to John F Kennedy Center for the Performing Arts, Washington from 29 October to 21 November 2009 and the Brooklyn Academy of Music, New York from 27 November to 21 December 2009.
Posted by Victor at 06:24