Get me coupled to the church sublime 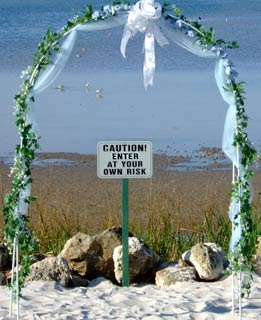 In early November I received the invitation to this Saturday's wedding of the second daughter of my longtime friend Ry. The invitation posed an immediate uncertainty for my straight challenged mind. (My apologies Steven for adapting your clever appellation for my own purposes.)

I have known Ry for forty years and for about thirty of those years we, together with Tm, Tp and Jm played squash and/or tennis together. All five of us are now in sensible retirement from such exertions. The other four, all straight, have married, produced children and grandchildren leaving me the one partnerless and childless member of the group. I'm sure this has presented the others with the occasional dilemma of 'what to do with Victor' when straight rites of passage arise.

Tm chose not tell me about the wedding of his second daughter two years ago to which the others were invited, a ploy which backfired for him when Ry innocently discussed the nuptials with me on the day preceding the event. In fact, I was quite happy not to be invited, not to have dress up, not to have think of a wedding present etc but Tm was mightily embarrassed (and I suspect not a little pissed at Ry's disclosure).

When Ry's invitation arrived I checked it carefully noting that it only mentioned my name and did not call for a partner or friend to participate. I was quite happy with that, although already starting to feel anxiety at once more being the odd man out at a table of coupled wedding revellers. I sent in my solo acceptance.

Then, two weeks ago I received a call from Ry asking whether I had wanted to bring a partner to the wedding and apologising profusely for the omission from the invitation. I should have said no but I didn't. I had in mind inviting Da to accompany me. Da is known to the group and well liked and she hasn't visited me in Sydney for sometime and I thought it a good opportunity for us to catch up.

I phoned Da who readily accepted the invitation and then passed the news on to Ry. He informed me it was too late for the printers to do a name card for her and he hoped Da wouldn't mind being identified as 'Victor's friend'. I thought it odd that in this day and age a printer couldn't produce one card with two weeks to go to the wedding but I didn't pursue the point.

In the meantime Da booked the return bus trip Canberra/Sydney and all was set for our coupled participation. Other movie and dining arrangements were made to fill out the weekend.

Then yesterday, disaster. Da called distressed by an illness that has befallen her and will prevent her travelling to Sydney tomorrow and that she won't be able to attend the wedding that she was now really looking forward to.

What to do? I could ask either Hn or Ae to accompany me but they are both involved in hosting Sn, visiting from Queensland, for lunch at Palm Beach on Saturday so I can't really expect either of them to drop that arrangement to help me out. If I had someone special in my life I should simply bring him along and let us be the odd couple at the table but there is no special man in my life at present.

So it is back to being what I have been for much of my adult life, the odd man out.
Posted by Victor at 16:17