Whilst in Livingstone we went on a Rhino walking safari. This occurred in the Mosi Oa Tunya National Park which is Zambia's smallest National Park. The Park is home of a number of White Rhinos. These Rhinos aren't actually white in appearance. Their name is a translation error by early British explorers who were told by locals that they had come across Wide-mouthed Rhinos.

The safari is cleverly constructed. Led by 'Skinny' the local guide and kept safe by 'Stanley the protector' our small group walked single file - so as not to suggest to animals that we were in attack formation - as we followed Rhino tracks and droppings in our 'search' for the White Rhinos.

The heat was intense as the temperature passed into the 40s centigrade (+104 fahrenheit). After about an hour we eventually 'located' the White Rhinos. Later events suggested clearly that the location of the White Rhinos was known all along but the simulation made for a more exciting safari experience. 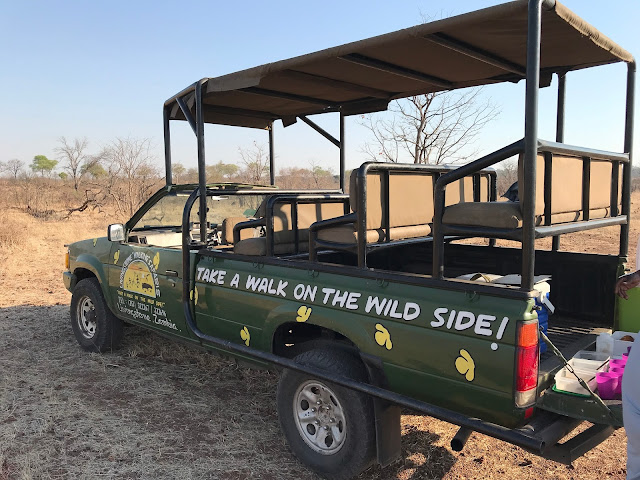