I'm not in the habit of quoting commercial names in my post titles but have done so in this instance in the hope it may attract the company's attention and lead to some positive remedial action. 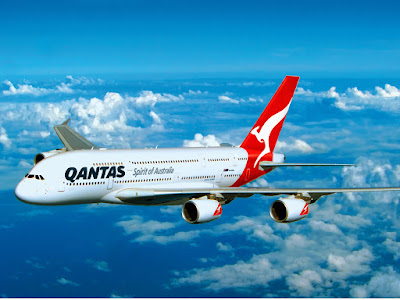 I am a life long traveller on our national carrier Qantas. I've remained loyal even in the face of criticism in recent years of its service, industrial relations practices, comparatively expensive fares and moves to off shore servicing of its fleet. I belong to its Frequent Flyer and Club Lounge groups paying handsomely for the dubious privileges that come with them.

I have more flights booked with Qantas in coming months.

Yesterday I received an email from Qantas notifying me that the details of one of these flights has been changed. The email asks me to ring on a priority number so that Qantas can explain these changes and confirm my new flight details. The email adds I can call at my earliest convenience 24 hours, 7 days a week.

I rang the priority number at 5.15pm yesterday and listened to recorded messages for one hour before giving up on the call. I can see that 5.15pm may be a busy time - business travellers and all that - so I decided I would try later.

I rang again at 9.30pm to be greeted by the message that the queue was 'more than one hour'. I gave up for the day.

This afternoon I tried ringing Qantas for a third time when I returned from work just after 3pm. Once again I was greeted with the message that the queue is 'more than one hour'. This is outrageous customer service. If this is the response on a priority line what service is being provided on a non-priority line?

As I key this post I have been in the queue for two hours and fifteen minutes! What makes the queueing even worse is that no indication is given whether you are moving forward in the queue. Maybe the call will never be answered. All you hear is the endless repetition of a loop of advertisements promoting the airline's service and products.

At the two hours and ten minutes mark I decided to use another phone to ring the general enquiry line for Frequent Flyer members and heard the message that the queue on that number was - you guessed it - more than one hour.

The call I was queued on was answered a short time later - an eventual wait of two hours and twenty minutes. The operator who handled the call was very polite and without prompting said they would welcome feedback. Reading between the lines (to mix metaphors) I think her comment was a silent plea to please report the unacceptable delays.

I am doing so here, publicly and will follow up with private correspondence.