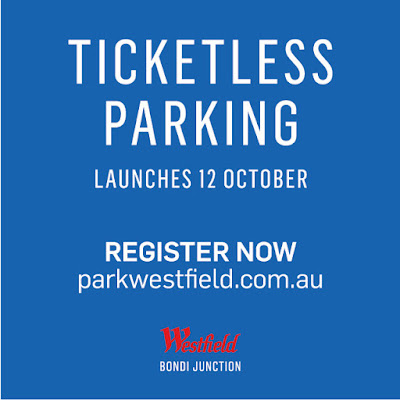 As the notice says, my local shopping mall has introduced ticketless parking. The signage I've seen so far at the parking entry points don't set out any conditions for parking but there is signage once you enter the shopping precincts that sets out what to do when you have parked less and more than the two hours offered free. There is no mention in those notices about multiple entries on a day.

I used the system entering and departing the parking station without difficulty on Wednesday having parked at the centre for under an hour.

I visited the centre again yesterday making two entries. The first was from 8.15am to 9.30am and I entered and departed the centre without difficulty. I returned for further shopping at 1.35pm and made for my departure at 2.10pm. The barrier would not rise and to my shock the screen showed I owed $35 for parking.

A queue quickly developed behind me as I pressed the assistance button and impatient drivers pressed their horns in frustration. Eventually a disembodied male voice answered my call. Cutting to the point of the story he told me that customers are entitled to two hours free parking for the day and if a reentry is made on the same day the fee for the subsequent entry is calculated from the time of the first entry.

If this is true then it is daylight robbery. In two visits I spent less than two hours parked at the centre. Even if the rule is that a subsequent entry on one day attracts a fee the fact is I spent only 35 minutes parked on the second entry. I was being charged, apparently, for 5 hours and 55 minutes of parking when I had only been physically parked for a total of 1 hour and 50 minutes.

I argued the point with the disembodied voice and was allowed to depart without payment.

Checking online later I found this information on the centre's website;


1. There is no boom gate at entry, so you can drive straight into the carpark. On entry to the car park there will be a digital clock displaying your time of entry; remember the time you entered as you will not be issued with a ticket.


2a. If your visit is under 2 hours, proceed straight to the exit. The parking system will recognise your licence plate number and the boom gate will open automatically.


2b. If your visit is over 2 hours, head to one of the many pay stations, enter your licence plate number and pay the parking fee. Drive to the exit where the system will recognise your parking payment and the boom gate will open automatically.


If you exit the centre, there must be 2 hours between exit and re-entry in order to receive another ‘2 hours free parking’ period.

(The highlighting of the last sentence is mine.) So, the disembodied male voice was wrong and so was the system that calculated a fee for my second entry of the day. Westfield better sort out the teething problems and also get their staff speaking from the same page otherwise their customer numbers will drop and their traders will not be happy either.
Posted by Victor at 06:00