Sydney once had about 1,500 trams, 300 kilometres of track and the largest tram network in the then British Empire outside of London itself. There were 410 million passengers on Sydney's tram network in 1944; when the population of the entire country was only 7.3 million. 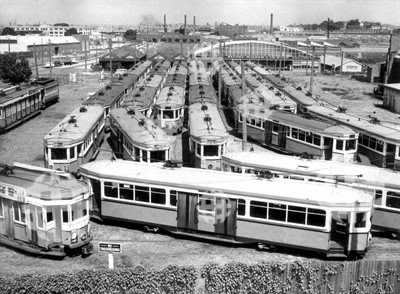 How tragic that the State Government removed Sydney's network entirely by 1961.

The light rail system reintroduced into Sydney in 1997 is being extended and plans have been announced for an extension that will run from Central Railway to Kingsford via the Cricket Ground and Football Stadium, Randwick Racecourse and the University of NSW. All at times are destinations for peak transport. That's fine.

The latest announcements include plans to remove hundreds of trees, albeit with the promise that replacement trees will be planted elsewhere along the route, the loss of hundreds of parking spaces at various points and even the destruction of an entire apartment block in Devonshire Street, Surry Hills.

This last point has perplexed me from the outset. Why are they routing the light rail via Devonshire Street? A narrower street for light rail could scarcely exist anywhere in Sydney. Why not use Oxford Street between Elizabeth Street and Taylors Square as did the original network so successfully? If Oxford Street does not suit nowadays then why not take the middle option and use Foveaux Street?

Additional plans are that existing bus routes from the south-eastern suburbs to the city will be curtailed or adjusted forcing passengers to change over to the light rail at some point. Included in those plans is a current service from Coogee to Circular Quay via Taylors Square. That service will instead divert at Taylors Square to Edgecliff.

Hello! Edgecliff? My ears prick up.

I live at Edgecliff. I live just one block from the bus and train stations in Edgecliff. That announcement will link my home through public transport to St Vincents Hospital, where I am volunteer; to Darlinghurst where my GP is located and to Randwick where I go to the movies so often. There is no direct public transport link between Edgecliff and those locations at present.

So amongst all those plans which upset so many people is one seemingly insignificant announcement which is music to my ears.