I heard a news broadcaster on the esteemed BBC pronounce the New Zealand city of Dunedin precisely as in the post title back in 1974.

Well today's port was that very city. Unfortunately, like Wellington, the weather was wet. Very wet. Very, very wet so that we did little other than wander around the town centre, an area named the Octagon for obvious reasons. We also took a circuit on the Hop on, Hop off bus tour without actually doing the on/off part; except at one point. Most of what was described to us was obscured by wet window and misty skies. A pity.

Hence an absence of photos.

The one exception to our on/off 'ban' was at Dunedin's former railway station, an exotically grand old building now used for other purposes.

Here are two photos of what looks like the former ticket hall. 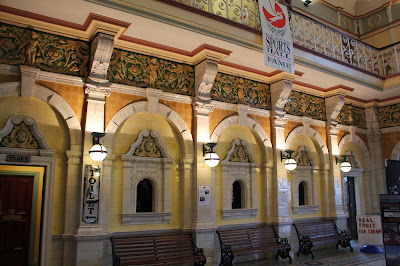 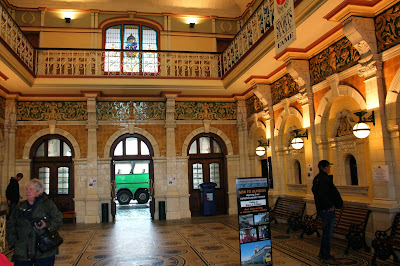 The port for Dunedin is Port Chalmers where we berthed alongside a sister ship, Dawn Princess. The passengers and crew of that ship gave us a rousing farewell as we departed shortly ahead of their own departure. 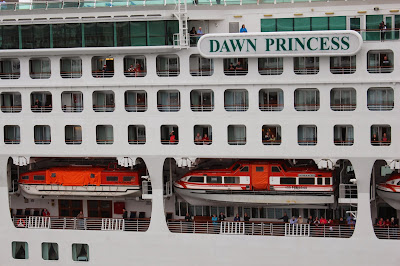