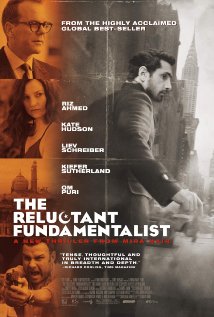 In 2001 a young Pakistani, bright and ambitious, is living his dream in America as an up and coming financial executive. He is admired, envied and accepted by his peers and elders. Then the events of September 2001 and their consequences bring a change in attitude towards him and by him.

Told in flashback in the context of a highly charged political environment 'The Reluctant Fundamentalist' is an interesting and well performed take on current world events and sources of tension.

Riz Ahmed and Liev Schreiber are standouts respectively as the 'fundamentalist' and the journalist interviewing him.