Yesterday we had a picnic at McKell Park to mark the birthdays of four of 'our group'. Actually most of this particular group, unlike myself, is of English origin and my connection with them is through fellow Aussie Ae who taught years ago with Jy when the latter came to Australia on a working holiday from Britain and, in a familiar story, stayed. It is with Ae and her sister Hn, both of whom I have known for forty years that I will be travelling to Europe next year and we three have long referred to that group as L'Anglais. Our birthday celebrations with members of L'Anglais are regularly held at the park. 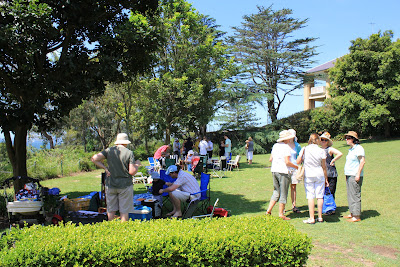 L'Anglais plus a smattering of Aussies and Kiwis
It was a sunny afternoon with temperatures near 30c until threatening clouds rolled across the sky around 3pm when it noticeably cooled. The Park is on the harbour foreshore at Darling Point and provides spectacular views. 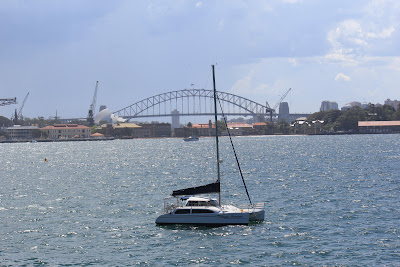 Looking west from the ferry pier at the Park 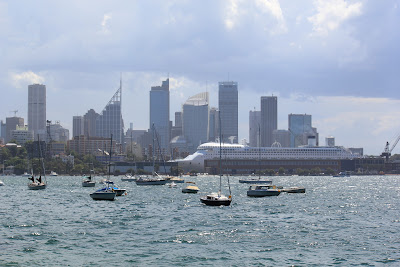 P&O's Pacific Jewel berthed at the Naval facility at Garden Island and the CBD skyline in the background. 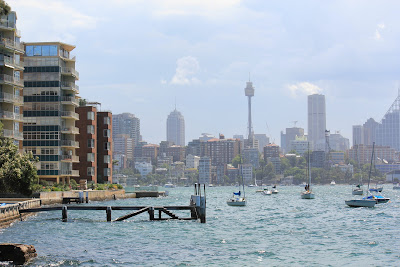 Apartments on the foreshore at Darling Point and CBD skyline with Sydney Tower in the background. 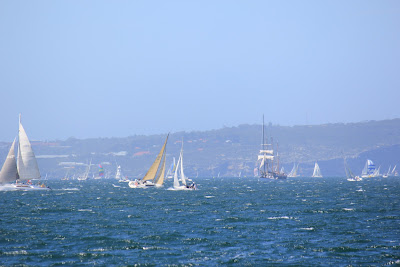