It certainly stopped me... 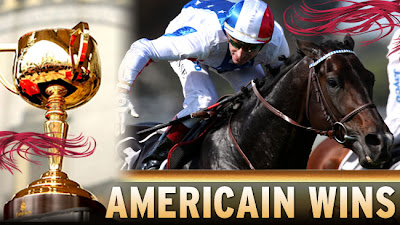 I've had a Melbourne Cup Day to forget having been 'volunteered' to run three sweeps in our part of the hospital. Like so many Australians with no interest in horse racing whatsoever I do the 'Australian thing' and buy a few tickets in the Melbourne Cup sweeps and even make some totally uneducated bets at the TAB for the race 'that stops a nation'.

This was the first time I had run the sweeps rather than being a participant and I have new respect for those who perform this function year in and year out. I was astonished at how demanding and unreasonable some people are in what is essentially a bit of annual fun, albeit involving modest amounts of money. The majority are very cooperative but those few bastards are a pain in the neck.

To top off my day I had both second placegetter Maluckyday and third placegetter So You Think in the trifecta but not Americain, the 2010 winner.
Posted by Victor at 15:32