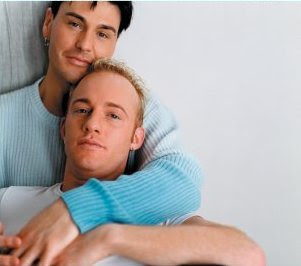 I need some of the former. Well, I want some of the former but at the moment there is no one on my horizon likely to be providing it. It is a state I have been in before and in the past I have usually ended up visiting a sauna for something different.

I suppose that I have visited a sauna about once every nine months or so over the past few years after having been a more periodic patron in earlier years. The best that I have experienced is the occasional passionate 'rumpy pumpy' that vaguely simulates emotional closeness but as often as not sauna sex turns into a lustful race to sexual relief between two or more men who will just as quickly go their own ways once the deed is done.

But I remain ever optimistic that I will find someone for me, just not at the sauna.
Posted by Victor at 10:43