East West art in the South

I have to reveal that I made a snap late decision to visit Melbourne over the Christmas period. I didn't inform my Melbourne friends of the visit as I didn't want them to feel obliged to break into their Christmas plans to entertain me. Maybe none of them would have anyway!

I thought it had been about eight years since I last visited the southern city and was surprised when I checked to find it was only four years ago.

Anyway the most interesting thing I did on this visit was to see the Andy Warhol  - Ai Wei Wei Exhibition at the National Gallery of Victoria. Some years ago I saw the Warhol exhibition staged by Brisbane's Gallery of Modern Art so I expected I would focus mostly on Ai Wei Wei's work. However I found that the Warhol segments contained many different displays from what I recall seeing in Brisbane.

The NGV exhibition cleverly blends the work of these two artists not only in their shared interest in China but also for their similar attention to human behaviour in their photography and art depictions. I enjoyed the exhibition immensely.


Ai Wei Wei's commissioned work, a construction of bicycles,  dominates the NGV foyer. This is the work viewed from the Mezzanine level. 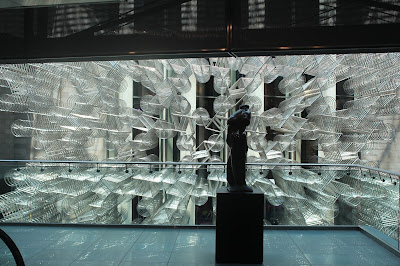 Whilst in Melbourne I saw 'Cats'. I have never thought much of this as a musical show but I was impressed by the effort and standard of the Australian cast in this production. 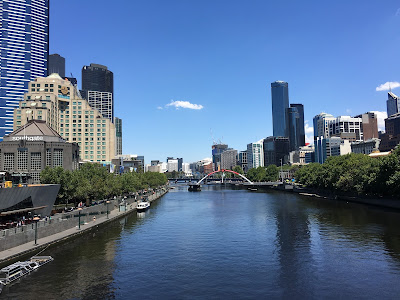